With the 2019 Federal Election and the surprise re-election of Scott Morrison and the Liberal-National Coalition now behind us, there are several key takeaways and implications for Australians. No matter where your political allegiances lie, there is at the very least cause for optimism in financial markets. With the uncertainty that comes with the lead up to a Federal Election now softening, now is an ideal time to consider the new avenues of opportunity that may emerge for investors. Adopting a policy of continual observation of the post-election market landscape could be beneficial.

The Coalition’s victory was unforeseen by many. With the prospect of an incoming Labor government so likely that betting companies began pre-emptively paying out winnings to punters who backed that outcome, many were incorporating adjustments in investment strategies with the planned reforms of the ALP in mind. In particular, analysing the impact that proposed changes to the imputation system stood to have on individuals, in the form of disallowing cash refunds on franking credits, was analysed at length by many. It was through this analysis that an interesting trend emerged – an over reliance on this particular tax strategy, and more broadly on dividends from Australian equities.

The prospect of a change in government led many to take a hard look at their financial situation, but for many investors a bigger threat to their financial wellbeing was their own strategical shortcomings. If an investor’s entire investment approach is jeopardised by one piece of domestic reform, it may be worth taking a deep dive into the overall investment strategy. Doing so can help safeguard future earnings from future periods of instability. Although the result of the election has left contingency plans for adjusting to Labor’s reforms unnecessary, at the very least this has served as a timely reminder for reflection, and if you have any lingering doubts about the viability of your investment strategies, it may be time to seek an alternate perspective.

Make sure your investment strategy is logically sound

In one recent case, a client had employed an investment approach that was actually losing money overall, but was unaware because of an overemphasis on the franking credits they were receiving. The existence of consistent franking credit returns resulted in the client mistakenly viewing their strategies as being successful. While they were receiving significant returns from dividends, this success was more than offset by capital losses to their investment balance. The key issues facing this investment were low levels of diversification and an over reliance on Australian equities (all of the invested capital was tied up in shares of domestically operating companies). Unfortunately, this is a common trend in Australian investment portfolios, known in the behavioural finance framework as the phenomenon of familiarity bias – the tendency to base decision making on what is known and familiar, as opposed to taking the more logical approach of prioritising optimal returns. 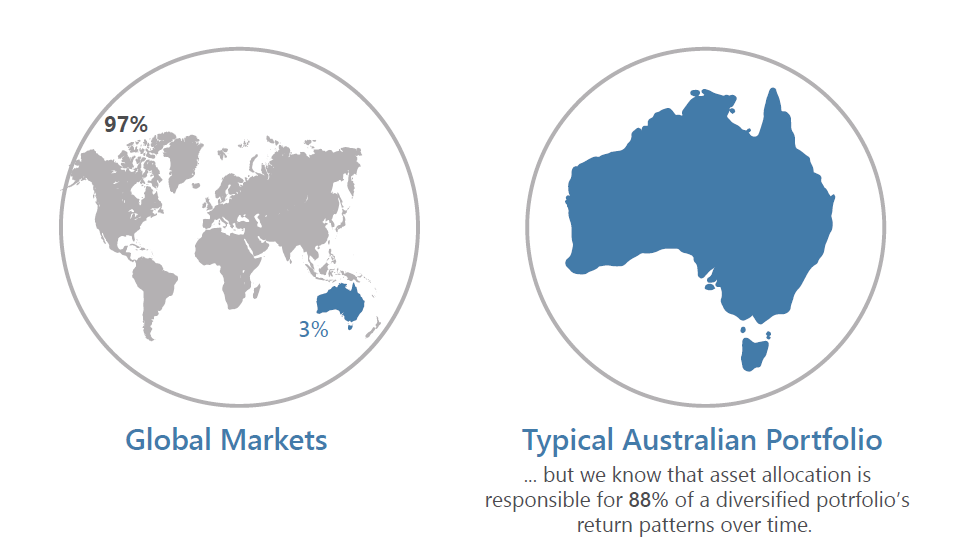 Be wary of the potential impact of macroeconomic factors

Despite what leaders of both major parties would have you believe, the fiscal policy of governments is generally not the biggest factor behind the performance of markets. External issues, particularly those occurring on a global scale, have the capacity to significantly alter the trajectory of the ASX 200. The prospect of a full-scale trade war between China and the US, with the two nations appearing unlikely to agree on a deal anytime soon, could have significant ramifications on asset performance. In an Australian context, this possibility combined with the domestic issue of a declining housing market could pose a significant threat to investors.

The Times They Are A-Changin’

Analysts at Callan, an independent US-based investment consultancy, found that investors today need to take on almost six times more risk than they did 30 years ago to achieve the same returns (7.5%). Clearly, what worked in the past will not work today (without, of course, taking on a significantly higher level of downside risk). In the face of weakening economic conditions, renewed share market volatility and heightened level of risk, investors need to maintain a long-term view and rethink their investment portfolios to ensure strategies are employed that are in line with key goals and objectives and mitigate the risk of loss.

Consider gaining an outside perspective

Deciding how to invest your hard-earned savings solo can be a difficult task. Balancing returns with limiting your exposure to the risk of losses is tough. Having someone work alongside you, taking emotion out of the equation and providing professional insights could be significantly beneficial. If you would like to discuss any of the above, or would just appreciate a fresh set of eyes on your current financial approach, get in touch with us on (07) 3391 5055 or via advice@mgdwealth.com.au. 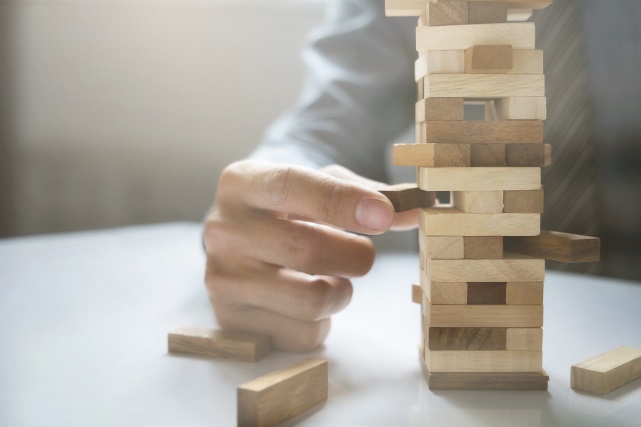 Strategies for retiring in uncertain times

11 February 2019
By Richard Marsden
After the last decade of economic and asset price growth, it is common for investors to remain optimistic or become complacent and assume the good times will keep rolling...

16 April 2019
By John Barton
In the past, lack of reliable information was traditionally the main challenge when it came to making decisions. This was true in most areas of life - especially with personal finance and investing. But we’ve come a long way in the last 20 years. Now, our challenge is reversed - we have too much information.