Recently we sat down with Mike Atkins, MGD client and long time McDonald’s licensee, to find out more about his life with the global fast food giant and how he is helping young people in his community look forward to a brighter future.

Before he embarked on his McDonald’s journey, Mike began his career in hospitality working at some of Sydney’s most iconic hotels. This was a frustrating time for Mike; not only because he had an overwhelming yearning to run his own business, but also because he witnessed a number of his workmates fall victim to drug and alcohol addiction – an addiction some of whom sadly never recovered.

Mike was in his mid-twenties when his break came, family friend and future mentor Don Stalker approached him to manage Don’s very first McDonald’s store on the Gold Coast. Mike’s people skills balanced Don’s business acumen so well that the two ended up in partnership. Over the next few years Mike worked alongside Don, immersing himself in the McDonald’s model, learning everything he could about how to run a good business. 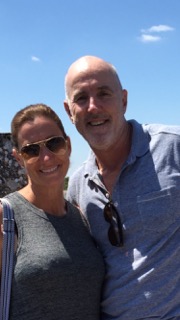 Later Mike went on to launch the McDonald’s brand in the Northern Territory, opening three stores over nine years in Darwin, but ultimately found himself back on the Coast with his wife Jodie, who has played an instrumental role in his success, where he now owns five stores and employs over 400 staff.

It is no secret that a key core value in the McDonald’s realm is the commitment to their people, believing in the training and personal development of their staff – a philosophy that absolutely resonates through Mike.

It is not unusual for Mike to sit down with his Managers to plan where they want to be in 5, 10 or 15 years time – whether that is working for him or not (he has been known to help write a resume or two!). You see Mike’s belief is “if it’s the right thing for them, it’s the right thing for us”; a mindset that has resulted in a low turnover of highly motivated, well-trained employees.

When Mike took on the role as a licensee, he also took on a self-imposed responsibility to be extensively involved in Ronald McDonald House Charities (RMHC) and has spent close to 30 years committed to raising much needed funds to help sick kids and their families.

In the years since inception, the Red Boot Rally has raised in excess of $800,000. These funds have seen two rooms fitted out at the Gold Coast RMH and contributed towards the building of the new RMH at Lady Cilento Hospital in South Brisbane.

In addition to his RMHC association, Mike is a founding director of Men of Business (MOB); a charity helping to support teenage boys who are struggling with social engagement through an interactive mentoring program based on healthy lifestyles and attitudes.

The organisation was formed by a group of Gold Coast businessmen five years ago after they learned that more than 500 boys a year on the Gold Coast alone were falling through the cracks of society, with many of these kids turning to bikie gangs.

A testament to the organisation’s work, MOB now has a branch in Toowoomba with a number of other areas also looking at launching a division.

Mike is a successful business owner with a hectic schedule, dedicated to helping those in society who are most vulnerable – kids. It’s easy to be inspired by his drive to make a difference and when asked what it is that we and others can do to help, he suggested that it is simply making a commitment to changing peoples lives for the better and that you should reach out to someone in your community.